Blokhedz debuted in 2004 as an Independent comic created by the Madtwiinz, Mark and Mike Davis. It has since been collected into a Graphic Novel. Known for it’s portrayal of a gritty New York type city, it obtained considerable fanfare in certain circles. “Empire City is the birthplace and center of all magic in the universe. But its residents are unaware of its true history because this knowledge was stolen, then hidden and eventually forgotten – passing out of all memory, lost on the citizens of this mega-metropolis. But there is a 17-year-old potential superhero named Young Blak, a skateboarding Hiphop MC who recently discovered he possesses supernatural powers and is able to cast magic spells through his rap lyrics. Guided by ancestors and the spirit of his older brother Konzaquence, who was slain by Blak’s arch nemesis King Vulture, Blak must choose a path to either use his powers to become the savior of Empire City or seek revenge for the loss of his brother. The fate of their world depends on this decision.” 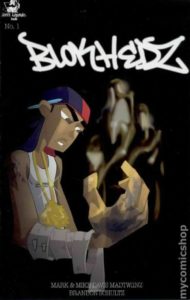 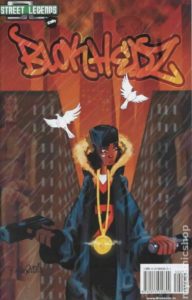 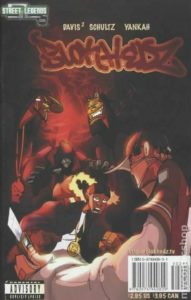 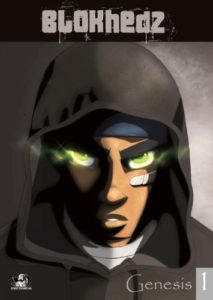 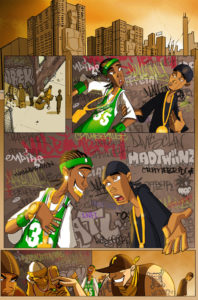 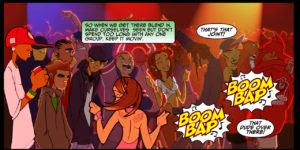 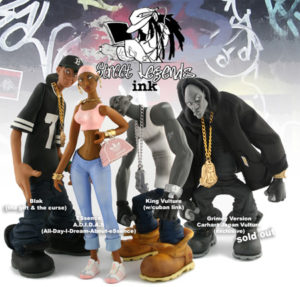 In 2009 work began on an animated web series with an adjusted premise. Prior to that airing, an intro video was created that spoke to the possibilities of the series. “BLOKHEDZ chronicles the saga of young Blak, a 17-year-old superhero in the form of an aspiring rapper, blessed with the gift of turning rhymes to reality. In act three, Blak and Flash dodge the Wild Dawgs, meet the lovely Essence (voiced by Lauren London), and get confronted by a crew of shadow traveling thugs. Will the G-Pak escape the clutches of the Wild Dawgs? Even if they do, does Blak have any chance of surviving the vicious Dungeons of Rap?“

In the subsequent animated series, the main protagonist was voiced by Talib Kweli. Additional voice actors included Lauren London, Bobbito García, Gary Sturgis, and Dorian Harewood. Three short episodes were released on the web and can still be found on YouTube.

It is unclear as to what happened with the series and why it was not finished. The official site seems to have fallen into neglect but you can take a look at the Internet Archive version. A Tumblr site still exists as well as a Facebook page. I really liked this series and was disappointed when it disappeared.