With Lawrence Fishburne playing the role of Bill Foster in the Ant-Man and the Wasp movie I wonder if we’ll ever get to see the character of Black Goliath on screen in costume. When I was first introduced to the character, his run had come and gone. He’s showed up here and there afterword but not to any real fanfare. I was told that he was getting beat up on every cover in his own book when he first started out so I set out to investigate.

Black Goliath is Dr. Bill Foster. He was born in Watts, obtained a Ph.D in Biochemistry and became a Biochemist originally working for Tony Stark. He later became an assistant to Dr. Henry Pym, the original Ant-Man and helped him with some size changing problems. Bill Foster later got hold of some Pym particles and used them on himself to grow to a height of 15 feet and gained strength enough to lift 10 tons. This is about Spider-Man level strength. He chose the superhero name “Black Goliath” and became a hero. Some time later he changed his name to Giant Man and later just Goliath. During his run he increased his max size to 25 feet with the appropriate increase in strength. He also got cancer though he somehow beat it. Bill Foster, the character, made his comics debut in 1966. It wasn’t until 1975 that he debuted as Black Goliath in Luke Cage, Power Man #24. He got his own comic in 1976 which ran for 5 issues. Here are the covers: 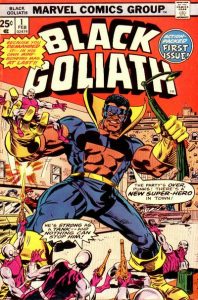 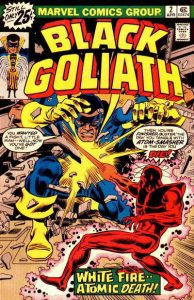 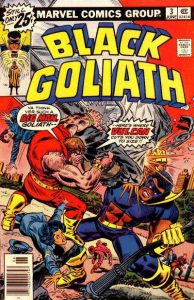 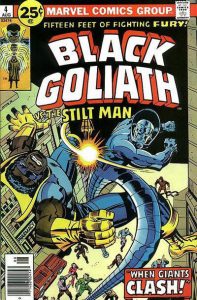 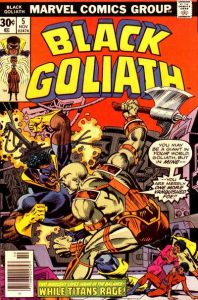 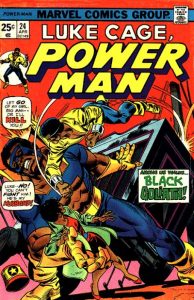 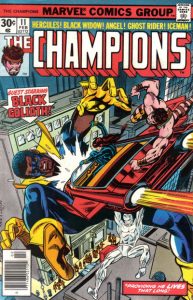 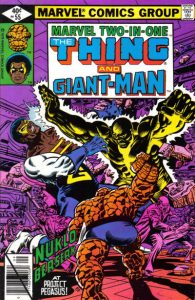 So he wasn’t exactly getting beat up on all of his covers but taking into account other books where he was on the cover, there appears to be something to the claim. A bit of conflict is to be expected in a superhero comic but, well, you be the judge.

It appears the general feeling is that he never caught on though perhaps that is to be expected since he was a weaker, Black, copy of another White hero. I would argue he never really had an opportunity with only five issues and very few other appearances. Bill Foster appeared to be move valued for his scientific mind than his powers and frequently just went back to work as a Biochemist or some other scientist. Maybe that is why they killed him off in Marvel’s Civil War event. He came out of retirement just do die it seems as he was killed by a clone of Thor. It wasn’t pretty. He does have a son that now possesses the same abilities but he’s been a little angry as they killed his father.